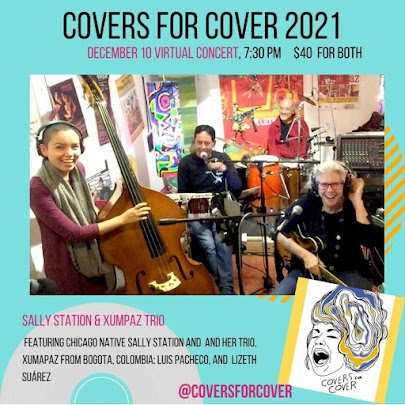 XUMAPAZ is appearing at the 2021 COVERS FOR COVER benefit concert. We're able to participate by sending in FOUR NEW VIDEOS, filmed in EL DEPÓSITO, our rehearsal space in Bogotá, which we pimped out during Covid in an attempt to keep playing, even if it's just a few of us at a time. We were able to finish pre-production on the next XUMAPAZ album and used our phones to film some of the process. And then we made these FOUR VIDEOS for COVERSFORCOVER which you can watch on December 10th at 7:30 p.m.

The proceeds go to a wonderful organization called GIRLFORWARD who mentor young women in the Chicago area.

Our thanks for the invite and I hope we make a lot of money for this great cause!